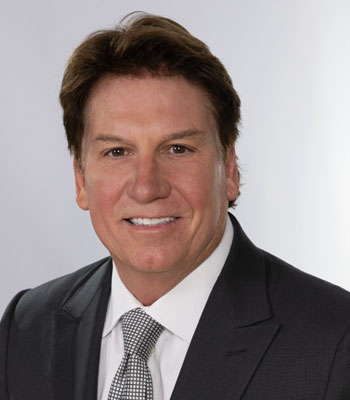 Robert M. Roselli devotes his law practice to major insurance claims, major property casualty claims as well as major personal injury claims, representing of individuals and families who have suffered serious injury or the loss of a loved one as a result of the negligence of a person or company. Cases that Mr. Roselli has championed have been featured in The Florida Jury Verdict Review & Analysis, Florida Jury Verdict Reporter and The Product Liability Reporter.

In recognition of his achievements for his clients, Mr. Roselli has been inducted into “Multi-Million Dollar Advocates Forum” and the “Million Dollar Advocates Forum”, which is limited to Trial Lawyers who have demonstrated exceptional skill, experience and excellence by achieving multi-million dollar trial verdicts, awards or settlements for clients. Mr. Roselli is also featured in "Best Attorneys in America" and the "Bar Register of Preeminent Lawyers". Mr. Roselli has also been featured as one of Florida's “Legal Elite” in Florida Trend Magazine and selected to The American Trial Lawyers Association “Top 100 Trial Lawyers”. Mr. Roselli also has a distinguished “AV” Peer Review Rating, the highest rating for both legal ability and ethics by Martindale Hubbell, and the highest AVVO Rating, “10-Superb”.

Born and raised in South Florida, Robert attended Chaminade College Preparatory School in Hollywood, Florida, and thereafter, attended the University of South Florida where he received a Bachelor of Science degree in Business Administration with a special focus on Economics and Law. At USF, Robert served as President of the Pi Kappa Alpha Fraternity chapter.

After graduating from USF in 1986, Robert pursued the study of Law at Stetson University College of Law and received his Juris Doctor Law Degree in 1989. At Stetson University, Robert served as President of the Delta Theta Phi Law Fraternity.

Mr. Roselli began the practice of law in 1989 at The Law Office of David H. Krathen, later known as Krathen & Roselli, a litigation and trial firm that handled serious personal injury and medical malpractice cases.

In 1997, Mr. Roselli established Roselli & Associates, a Law Firm devoted to major insurance claims and the representation of persons who have been seriously injured as a result of an accident, dangerous product, dangerous premises, or medical malpractice. Mr. Roselli has represented clients throughout the State of Florida and has been admitted to practice in the United States District Courts in Florida.

Mr. Roselli is a Sustaining Member of the American Association for Justice and an Eagle Patron of the Florida Justice Association (FJA). He has served on the Board of Directors of the FJA and was honored with the Wings of Justice Award and the FLAG Award for his dedication to the election of lawmakers who put the Safety of Florida's families above corporate profits. Mr. Roselli is also Chairman and Trustee of the Broward County Justice Association's Political Action Committee. Robert has also served as Chairman of The Florida Bar Grievance Committee 17E, which reviews and investigates allegations of attorney misconduct and has served on the Broward County Bar Association's Professionalism Committee and Peer Review Council, established to promote professionalism among attorneys.

In 2014, Mr. Roselli was a recipient of the Trial Lawyers Board of Regents, “Litigator Award”™, recognized as one of the top 1% of lawyers in the country, representing the highest honors in Trial Law and “Litigation Achievement".

Mr. Roselli also recognizes the importance of community and giving back. Currently, Robert serves as President of the Symphony of the Americas, The Board of Trustees of the St. Thomas More Society, the Board of Directors of The Friends of Birch State Park and he has proudly served on The Board of Trustees of the Museum of Discovery and Science (MODS). Mr. Roselli is also a Trustee Member of The Greater Fort Lauderdale Chamber of Commerce. He has also served on the Board of Directors of Florida Grand Opera. Robert has been honored as a Blue Green Leading Men Honoree, to benefit Cystic Fibrosis, and a Style & Substance Honoree, benefiting the Symphony of the Americas. Robert, his wife Jennifer and their children are members of St. Anthony Catholic Church, where Robert is member of the Knights of Columbus and serves on the board of St. Anthony's Foundation for Education (SAFE). Robert is also a member of Legatus, Fort Lauderdale Chapter.

Personal Injury:
Representation of Persons who have been seriously injured as a result of an Accident, Dangerous Product, Dangerous Premises, or Medical Malpractice

Wrongful Death:
Representation of the surviving spouse or family of a loved one who has died as a result of an Accident, Dangerous Product, Dangerous Premises, or Medical Malpractice

Car, Truck & Motorcycle Accidents:
Representation of Persons who have been seriously injured as a result of a motor vehicle accident, trucking accident, highway accident or motorcycle accident

Trucking Accidents:
Representation of Persons who have been seriously injured as a result of a Large Truck, Semi or Tractor Trailer.

Premises Liability:
Representation of Persons who have been seriously injured as a result of Dangerous Premises.